To protect our patients, families, and health care workers during the global outbreak of COVID-19, KSB currently has visitor restrictions in place which vary by department. 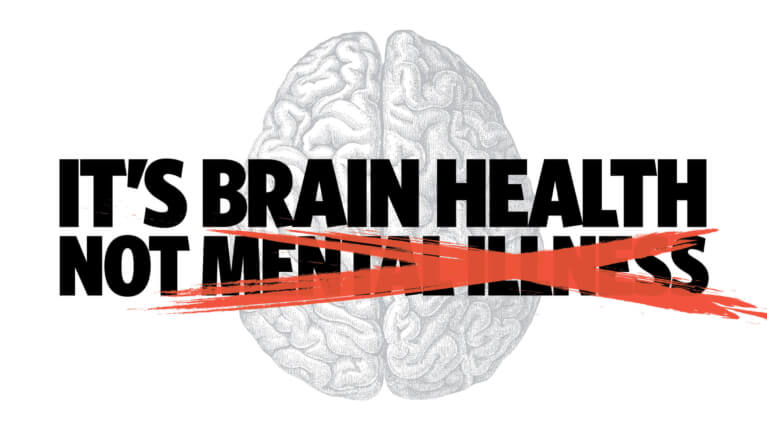 KSB Working to End the Stigma Through Brain Health Initiative

Beginning in February, you’ll start to hear the term, “Brain Health” more and more. That’s because KSB is committed to helping end the stigma surrounding the term Mental Illness, by inspiring the public to change their words. Through a partnership with the Brain Health Now organization, our goal is to reframe the conversation away from mental illness and toward brain health.

This initiative was brought to KSB by Chief Nursing Officer, Linda Clemen, who saw an eye-catching billboard in Iowa. Brain Health Now founder, Debi Butler, was more than happy to share her story and initiative materials with our organization. Debi’s brother has suffered from schizophrenia for over three decades, and his struggle with the stigma surrounding his brain disease inspired Debi to start Brain Health Now. For years, Debi has used her organization to work with government officials in Iowa to improve both the awareness of and funding for brain health issues and is excited to expand her message.

Debi’s brother is just one of over 50 million Americans to a have diagnosable brain health disorder, and these conditions remain covered in misunderstanding and stigma. Brain health issues and disorders, rather than being character flaws or personal weaknesses, have biological and neurological bases and can be successfully treated. We need to treat brain health issues the same way we treat heart disease, cancer, diabetes, and any other physical disease.

KSB Community Wellness will be offering education on brain health topics through a ten-part lecture series this year. Health experts will be discussing conditions like anxiety and panic attacks, ADHD, the aging brain, parenting resilience and suicide prevention. Their kick-off event will feature mental fitness advocate and MTV star, Ben Nemtin in late February so stay tuned for additional details!

Kick off the holiday season and @DiscoverDixon's 12 Days of Christmas with KSB tonight at our virtual tree lighting with Santa Claus! Watch on the KSB Facebook page.

We all could use a little brain exercise! Participants of all ages are welcome to join KSB Community Wellness for our next Wits Fitness class and learn how to enhance cognitive function and memory. This group will meet via Zoom. Find the link at https://bit.ly/3lllXXX.

Don't miss tonight's special Talk Line at 6:00 pm as KSB representatives share the latest details on COVID-19, the hospital’s preparations and the real time impact it's had on local medical care availability. Tune in on AM 1460, River Country 101.7 FM and Sky 95.7.